New Left Review no. 54 (November/December 2008) contains my essay Attending to Abstract Things (pp. 101-122), which comprises parts of my upcoming book Idols of the Market. The text attempts to arrive at a materialist theory of our seemingly abstract and dematerialized culture, revisiting theories of fetishism and of the symbol from De Brosses and Creuzer to Marx and Baudrillard, and using works of art as implicit - and sometimes prophetic - forms of theory in their own right. The opening paragraph:

"It has become a moderately popular pastime to accuse modern philosophy and theory, particularly Marxism, of evincing a crypto-idealist aversion to objecthood. Bruno Latour claims that the quintessential modern project is to liberate the subject from its dependency on the object, one prominent instance of which is the Marxian critique of the commodity fetish, that archetypal ‘bad object’. Is materialism, then, in the grips of a religious impulse to spurn the material world and ‘attend to things invisible’—in the form of grand theoretical notions? In fact, for dialectical materialism theoretical abstractions are necessitated by the abstraction inherent in the economic system; the commodity is regarded as insufficiently material, as too ‘theological’, prone to idealist pretenses. In Terry Eagleton’s words, ‘As pure exchange-value, the commodity erases from itself every particle of matter; as alluring auratic object, it parades its own unique sensual being in a kind of spurious show of materiality’. But this inherent duality of the commodity is not static; over time, the ‘spurious’ materiality of the ‘auratic object’ seems to become more so, the commodity becoming increasingly dematerialized and abstract. 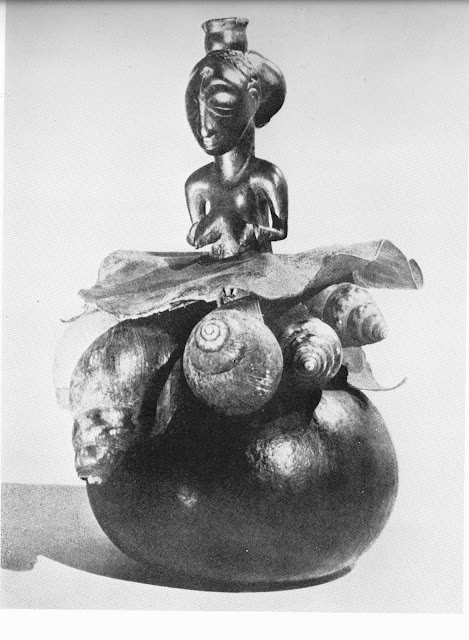 As Vilém Flusser noted, to abstract means to subtract, and specifically to subtract data from matter; throughout history, abstraction has been a movement towards information. In the ‘information economy’, capitalism has embraced a quasi-theological narrative of dematerialization, creating a need to redefine materialism that is only heightened by the turmoil in which this economy now finds itself."

I received some interesting feedback from Paul Chan, who also sent me the text of a lecture he gave earlier in 2008, The Spirit of Recession, which reveals lines of thinking very close to my own, in condensed and elegant prose. Here's what Paul wrote: "Just wanted to tell you that I really appreciate your piece in NLR 54. It's a big piece and to try to bring into relationship the spirit of abstraction in both concept and coinage is important and right. Many things to think about. Almost reads like a... manifesto of sorts. Please let me know when you plan to storm the gates. Any gates will do, for me anyways. One question. I took it as a rhetorical provocation (and question) when you asked how anyone can posit a narrative of increasing abstraction. But I can't believe you really believe that there has not been an increase of the spirit of abstraction in the everydayness of life and in every demand of the day. The divison of (manual, intellectual, emotional, pleasurable) labor increases with each passing business cycle. And the more they are divided, the more each divided part takes on the aura of a whole - a purer whole, since the point of the division was to reduce human potentialities to an efficient productive "fullness", whether as consumer, producer, or parishioner. This feeling of unbearable fullness is precisely what has increased."

Paul is right, of course, and that he feels uneasy about the conclusion of my text suggests that I got carried away by my opposition to the habitual complains about increasing abstraction, which fail to see that every increase in abstraction is also an increasing concretion of abstraction itself, and that there is a potential for praxis (to use an old-fashioned term) in this process. Thanks to Paul, this point will hopefully be made in a clearer manner in the book, which will also be free from the typos that have crept into the NLR text due to an excessively frantic editing process - notably a "2009" that should be "2008" and a French "département" surreptitiously transformed into "department" by Word's intrusive spell check. These glitches have been corrected in the online version (for which you need a NLR account): http://www.newleftreview.org/?page=article&view=2755

Image: an African "fetish" with shells, formerly in the collection of Tristan Tzara.