A Tale of Two Criticisms 2.0

The publication Judgment and Contemporary Art Criticism, a co-production by the Vancouver-based art space Artspeak and the equally Vancouver-based magazine Fillip, was announced some months ago, but it has been delayed. Being the bane of editors everywhere, I treated this as an opportunity to tinker with my contribution, the essay "A Tale of two Criticisms." In May I gave a talk on the basis of this text in Vitoria-Gasteiz, in the context of a seminar on art criticism organized by Peio Aguirre, and my own talk and that by Esther Leslie triggered me to rethink and rewrite the middle section of my essay. Thanks to Jeff Khonsary (the book's co-editor, with Melanie O'Brian) for processing my last-minute changes. 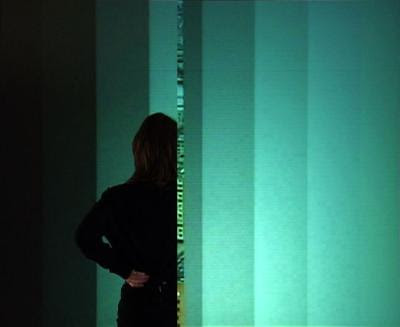 the public and of supposedly universal standards, Romantic criticism (or critique) tries to reconstruct and extend the work of art’s unique inner logic. The second and third parts trace the transformations of these distinct types of criticism in the twentieth century and up to the present:

"Meanwhile, most art magazines publish a debased version of Romantic critique. The Romantic “completion” of the work of art is turned into a theoretical virtuoso performance that above all seems to aim at strengthening the author’s position on the market. The specialist criticism published in magazines and catalogues functions as market-driven romanticism that uses infinite reflection to avoid arriving at some sort of judgment; it finds its counterpart in the increasingly beleaguered reviews in newspapers and other mass media, which often amount to a debased Enlightenment criticism that offers judgments without reflection. When art magazines publish top tens and 'best of' lists, it would appear that what matters is less what is being said, and more that something (of whatever nature) is being said about a certain artist or show—by a certain critic or curator. And is the same not true of newspapers? While the space allotted to reviews has been decreasing over the past ten to fifteen years, papers have increasingly taken to 'translating' the content of a review into three or four out of five stars and publishing lists of “shows worth seeing.” In the latter case in particular, judgment has been reduced to the mere act of mentioning. One might conclude, as Boris Groys has done, that 'yes/no' or 'plus/minus' judgments are anachronistic and ineffective. The only form of judgment that still functions, Groys argues, is 'one/zero' criticism; the judgment lies in the decision to write about an artist or show, or not. In a way, this has been the modus operandi of Romantic criticism all along; after all, all only a good work of art demands and deserves textual 'completion.' But one/zero criticism is hardly the triumph of Romanticism; if anything, it signifies the entropic collapse of both historical models. In Romantic criticism, the one/zero form of critical judgment was largely a side effect; what really mattered was to engage with those works that seemed to demand it. Now, however, the one/zero judgment has moved from the margin to the center, in the process not only transforming Romantic criticism, but also Enlightenment criticism: critics may still pass yes/no judgments, but these could now be seen as surface phenomena that distract the attention from the real judgment. The 'no' of every negative review is negated by the fact that the review was published at all—by the fact that it is a'“one.'

"To observe the features of the current textual landscape is a beginning, but it is not enough. That all forces seem to be aligned in favour of this form of criticism does not mean, as Groys seems to suggest, that there is no room for interventions in this critical regime. A fundamental problem of the current form of one/zero criticism is that its judgments remain implicit and thereby unquestionable. Surely it is an 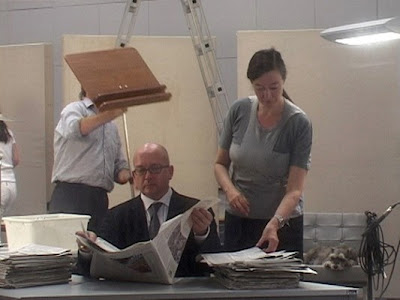 impoverishment of discourse if nobody is prepared to criticize an artist or project outright and put their own criteria to the test—to risk opening ourselves up to the criticism that we have not been attentive enough to an artwork’s complex logic, that we might have failed dismally to produce an Übermeister [a reference to Friedrich Schlegel, who referred to his critical essay of Goethe's Wilhelm Meisters lehrjahre as the 'Übermeister']. However, I would argue that to continue the inherent and implicit work of reflection in a critical text is also to be attuned to the work’s contradictions and aporias, which may be more or less serious and detrimental to this work’s success. To practice 'completionist' criticism, then, does not preclude value judgments, but these will be rather different from those of Enlightenment criticism with its apparently fixed criteria. Especially in its historicized and politicized form, as Benjaminian strategic criticism, the practice of Romantic critique does indeed arrive at judgments—but these spring from taking the work of art’s logic (faulty as it may be) to a point where it goes beyond and against the work’s limitations, where it is confronted with other logics operating in its cultural and historical context. Following Andrea Fraser’s suggestion that art criticism should be practiced as a site-specific activity, it seems to me that part of the job for a critic writing for art-world publications that tend to neutralize debate (magazines, catalogues) is to try and push reflection to the point of site specificity. This can also mean writing about artists one has serious doubts about—even if it may contribute to their status and increase their symbolic capital. This is a price that has to be paid for breaking the deafening silence. If writing in art magazines and catalogues needs to push reflection to the point where its interpretations become discriminative judgments, other forms of criticism need more reflection on the a prioris and aporias of evaluating art. It is probably too late in the day to worry about traditional newspaper criticism; more relevant is the Web, in particular, blogs. Here, site-specific criticism would mean capitalizing on the informality of the Web in a way that goes beyond proud displays of personal preferences. Media that are not traditional platforms for criticism of visual art can also be fruitful, and in establishing connections between different media, site-specific criticism may become truly strategic. Turning against the limitations of the media in question, such criticism may momentarily open up spaces for partisan reflection amidst the ones and zeros."

The book is now available via Motto Distribution:
http://www.mottodistribution.com/site/?p=8996/

Label: essay by Sven Lütticken
Email ThisBlogThis!Share to TwitterShare to FacebookShare to Pinterest

Issue no. 16 of the e-flux journal contains the third and final part of my article "Art and Thingness" (which is something of a first sketch for a larger research project I hope to focus on after my current project, the book tentatively titled History in Motion). While part 1 dealt with the readymade and part 2 with the Constructivist counter-commodity, this final installment takes up both these strands and discusses transformations of the art objects since the 1990s. An extract:

"Last year, in an exhibition that was part of a series of events on “social design,” curator Claudia Banz combined elements from the publications of Victor Papanek with a selection of multiples by Joseph Beuys. Bringing together Papanek’s designs for cheap and low-tech radios and televisions for use in third-world countries with works such as Beuys’ Capri Batterie (1985) and Das Wirtschaftswert-PRINZIP (1981), the exhibition subtly shifted the perception of Beuys’ works in particular. The works were displayed in the usual way, in display cases that tend to turn them into relics; yet the proximity of the radio and TV designs brought out aspects of these things that often remain dormant. Yes, the appropriated East German package of beans with its non-design has become a meta- and mega-fetish like so many other readymades, yet the constellation in which it has been placed opens up new connections, a new network of meaning. The Capri Batterie, like the 1974 Telephon made from tin cans and wires, may be tied up with mystifying anthroposophical conceptions of energy and communication, but this combination emphasizes that it would be a mistake to see such Beuysian things purely as expressions of a private mythology. In a different field and in a different register from Papanek’s work, they too are counter-commodities—and while it would be a

mistake to lose sight of their compromised status, it would be an even bigger one to be content with that observation.

"Even if we were to disregard Beuys as regressive and unmodern, many of the 1960s and 1970s practices that are most steeped in the tradition of critical theory that Latour seeks to toss into the dustbin of history show that a critique of commodification is something rather different from a 'ceaseless, even maniacal purification.' Martha Rosler’s various versions of her Garage Sale piece involve her mimicking this American suburban version of the Surrealists’ flea market; having been advertised in art and non-art media, it is a more or less normal garage sale to some, and a performance to others. However, Rosler noted that the setting transformed even the art crowd into a posse of bargain hunters, who did not pay that much attention to the structure of the space, with odd and personal objects tucked away in the outer corners, or to the slide show and sound elements. For a 1977 version, Rosler assumed the persona of a Southern Californian mother with 'roots in the counterculture,' who on an audiotape that played in the place mused on the value and function of things: 'What is the value of a thing? What makes me want it? . . . I paid money for these things—is there a chance to recuperate some of my investment by selling them to you? . . . Why not give it all away?” The woman goes on to quote Marx on commodity fetishism and to wonder if “you [will] judge me by the things I’m selling.'

"In such a work, the object is placed in a network that is social and political, not merely one of signs. Semiosis is always a social and political process. There is a diagrammatic dimension to such a piece, as there is, in different ways, to many works of Allan Sekula or Hans Haacke. If the diagram in Rosler’s piece is one that primarily concerns the circulation of objects in suburban family life, a number of Haacke’s works contrast the use of corporations’ logos in the context of art spaces, where they become disembodied signs, with those corporations’ exploitation of labor or involvement in authoritarian or racist regimes; Sekula’s Fish Story and related projects chart the largely unseen trajectories of commodities and workers on and near the oceans. Things and people. These practices, in particular those of Haacke and Rosler, spring from a critical reading of both the Duchampian heritage and the Constructivist project, which was being excavated in the same period by art historians, critics, activists, and artists. In their reading of these two genealogies, these artists recover some of the impetus behind the Constructivist/Productivist attempt to redefine the thing."