In addition to three reviews, the Rancière-studded March 2007 issue of Artforum contains my text "Black Block, White Penguin: Reconsidering Representation Critique" (pp. 298-303, 341, 344). Moving from Bernadette Corporation and Pierre Hughe back to Mallarmé and Malevich via Debord, Rancière, Baudrillard and Halley, the text seeks to investigate the relevancy of modern representation critique in the context of contemporary fundamentalisms. 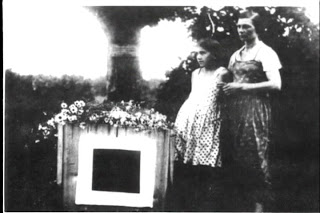 A few extracts: "Far from constituting some narrowly neo-modernist or formalist project, Bernadette Corporation’s references to Mallarmé and Malevich are reminders of the complexity and contradictions of the modern critique of representation in the face of the all too simplistic anti-representationalism of many performative practices. "
"Huyghe brings out the opaqueness of signs, opposing the suggestions of transparency implied both by mass-media images and by many pictures of social art pieces, transforming the nineteenth-century imperialist cliché of the expedition to uncharted lands into a self-reflexive journey to the limits of representations."
"Some images of black bloc members in [Bernadette Corporation's video] Get Rid of Yourself recall another kind of mask – the niqabs and burqas increasingly worn by Muslim women in European cities. The Taliban, who banned TV and film, also mandated the burqa for Afghan women: outlawing media and occluding women’s bodies and faces were both part of the Islamist critique of Western spectacle as the pinnacle of idolatry. [...] The critique of the spectacle’s representations, then, is hardly the monopoly of artists or critical theorists: increasingly, this critique has been reappropriated by various religious factions, and thus in a sense returned to its origins in the Judeo-Christian tradition’s ban on graven images."

Image: still from Bernadette Corporation's Get Rid of Yourself (2003).