Issue no. 65 of Texte zur Kunst (March 2007) focusses on recent forms of neo-Romanticism in art and culture. From the preface: “[…] debates in art and art criticism, as well as in a wide range of fields associated with art, increasingly fall back on Romantic motifs. This diagnosis, for us, is reason enough to raise questions as to the way the concomitant issues are related to each other. Our main interest lies in the subject-theoretical and aesthetic implications emerging in these contexts of debate: We want to look at the return of Romantic melancholy and the way it is theoretically reflected upon in socio-psychological analyses; the oftentimes mythically-charged image of the artist as the epitome of modern individuality; the status of emotions in art and art experience, departing from way they are discussed in the context of so-called "Romantic Conceptualism"; and, finally, at what is borrowed from Romanticism and used in the intersections of the avant-garde and s 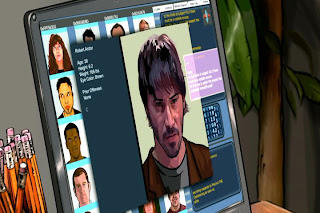 ubcultures.” The issue contains my essay “The Rebel as Consumer: Myths of the artist, Romantic and/or contemporary” (PP. 134-141), and the German version of this text, “Der Rebell als Konsument” (pp. 66-79). The text includes discussions of works by Bas Jan Ader and Philip K. Dick.

A short extract: “The rise of self-performers from Beuys to Ader and, more recently, Koons and Tracey Emin reflects the increased dominance of forms of stardom and celebrity developed in film and popular music for the public sphere as a whole – even if such artists are still integrated in the deviant economy of the art world, and their performative presence has to result in exclusive commodities of some sort. Ernst Kris and Otto Kurz have noted that the 'practitioner of the vocation to some extent submits to his typical fate or destiny', leading to an unconsciously 'enacted biography'; with the performative turn of the 1960s and 1970s, this enactment became a far more strategic and dynamic exercise. As the artist’s enactment of his 'fate or destiny' became a choice among various possible lifestyles and public personas, the importance of the narrative component of the artists’ myths analysed by Kris and Kurz receded, a set of conventions perhaps less enacted than consumed by artists shopping for an image.”