Welcome to the Indian Summer of Dutch public art. This fall sees a project called Land Art Contemporary, on and around Robert Smithson's 1971 earthwork Broken Circle/Spiral Hill near Emmen, Holland. Land Art Contemporary has been instigated by SKOR, the foundation for art and the public domain that will close down in 2012 due to budget cuts that are anything but apolitical. 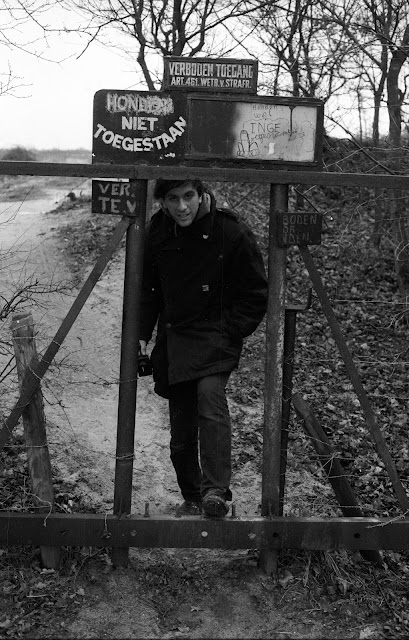 The final element is the publication Robert Smithson: Art in Continual Movement, which contains a rich collection of documents pertaining to Broken Circle/Spiral Hill as well as number of newly commissioned texts. Eric de Bruyn and I contributed a dense dialogue on Smithson and the cinema, which manages to take in a great deal of subject matter along its rambling way. Due not entirely to Eric and me, the publication has been delayed somewhat. Robert Smithson: Art in Continual Movement (published by Alauda Publications in Amsterdam) is now scheduled to come out in March 2012.


Image (from the book): Lee Ranaldo at the fence. Ranaldo's notes on his searches for/visits to Broken Circle/Spiral Hill are referenced in our dialogue, and they are reprinted in this book.

The other day, Frieze asked me to select a favourite book from the last twenty years—the occasion being their twentieth birthday. I picked Hito Steyerl’s Die Farbe der Wahrheit (The Colour of Truth), a book that hasn’t been translated into English (yet). From my short blurb, which will be in the next issue and online soon: “As Steyerl notes in the postscript, the book’s essayistic structure and tone reflect an environment that is markedly different from academia: an international network of residencies and teaching jobs that produce essays that Steyerl herself reads as displaced and condensed expressions of an economy of interruption, of flexibility, and of constant de- and reskilling. As in her recent English-language essays in e-flux journal and elsewhere, Steyerl’s essays make the most of these conditions, reflecting and reflecting on them with lucidity and illuminating Gedankensprünge (which is one of those German words for which no really adequate translation seems to exist).” 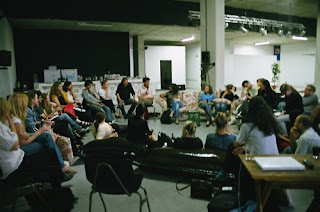 Revisiting this book coincided with the drastic culture cutbacks in Holland, and with increasingly dark portents in my other biotope, academia. This conjunction offers much food for thought. Although my circumstances are different from Steyerl’s, my own writings too reflect (for better or worse; probably both) such an economy of short-term gigs. Combining a part-time academic job with freelance activities leads to a life in which the detour is the tour, as projects are shaped by whatever possibilities there are to finance them partially. I too have tried to make the most of these conditions, and attempted to develop a practice that is embedded and tactical. There are times when the strain begins to show. Periods of sloth time are few and far between, and the pressure to perform will trip you up from time to time.
My recent attempt at getting a research project funded having been squashed, it looks I will have to continue working the way I do—which will not become any easier in the Netherlands. Of course, I’m still relatively privileged. What is truly maddening is the situation of the bright graduates of today, whose possibilities in and outside academia have dwindled drastically. They will have to develop new forms that practice that are no, perhaps, fully imaginable as of yet. We know what happened to a certain German philosopher when, in the early 1840s, the Prussian clampdown on the Left Hegelians forced him to abandon his plans for an academic career—and to that other German intellectual whose Habilitation on the German tragic drama was rejected by more than one faculty in 1925. But the current upheavals may well mean that even those that will have a more or less conventional academic biography (in Holland or, the way things are going, more likely elsewhere) will reject a business-as-usual approach to scholarship. Marked by their present experiences, they will hopefully keep reflecting and acting on and against the limits and frontiers of their proper practice—thus making it a true praxis.