My upcoming book Idols of the Market has been slightly delayed, mainly because the original editor decided to prioritize her son's budding career as a child actor, but it is now entering the final stage of prod 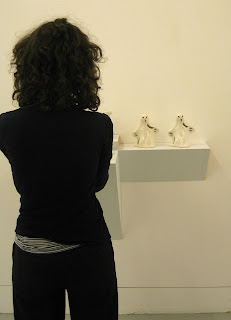 uction. The related exhibition The Art of Iconoclasm at BAK in Utrecht closed on March 1, 2009.

The project The Return of Religion and Other Myths, of which The Art of Iconoclasm was one part, will be completed this summer with a "critical reader" that collects lectures delived in the context of The Return of Religion, as well as some new contributions. But while this closes the BAK project, a version or a sequel of The Art of Iconoclasm may be shown early next year in New York - funding permitting.

Interesting reviews of The Art of Iconoclasm have appeared in, among others, Springerin and Texte zur Kunst. Whereas the Springerin review seems to be print only, the The Texte zur Kunst review has only been published on their web site, and can be found here: