I served as guest editor of issue no. 69 of Texte zur Kunst (March 2007), alongside regulars André Rottmann and Stefanie Kleefeld. The contributions gathered behind a rather unfortunate cover by David Lieske are dedicated to abstraction in modern and contemporary artistic practices and aesthetic theory, particularly in relation to the economic conditions of art. The texts aim at establish 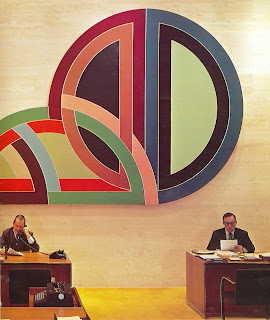 ing an understanding of abstraction that exceeds the historical limitation of this generic term in art-historical parlance by decidedly expanding its implications beyond the realm of (neo-)formalist preoccupations with aesthetic surfaces, especially in painting. Instead of prolonging this notion’s reduction to self-reflexive forms of modernist medium-specificity, the various contributions seek to explore abstraction in the context of the socio-economic upheavals of modernity, in which “all that is solid melts into thin air”—as two nineteenth-century art theorists put it.

"For his 2002 poster project commemorating the attack on the World Trade Center, Hans Haacke produced an edition of monochrome white posters from which the silhouettes of the Twin Towers had been cut out. These were glued onto New York poster walls, with the underlying printed matter partly visible in the outlines. For the design of his “negative” poster, Haacke used an advertisement for a Broadway production from the New York Times Magazine as background, and on the city's poster walls it was likewise fragments of ads that were visible in the towers' silhouettes — often ads for shows, films or records. Although ostensibly commemorating 9/11, the project in effect problematized and questioned the destroyed building itself, which had made visible the abstract, aniconic tendency of advanced capitalism in the form of a spectacular icon. As an image of deterritorialized streams of capital, in Haacke's project the destroyed WTC becomes the empty frame of commodity-images which, according to Marxian theory, are themselv 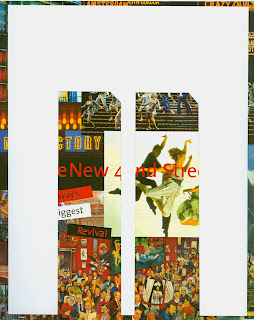 es merely pseudo-concrete manifestations of abstract exchange-value: as Terry Eagleton put it, “the commodity erases from itself every particle of matter; as alluring auratic object, it parades its own unique sensual being in a kind of spurious show of materiality.”

"In a process that is as liberating as it is destructive, capitalism extracts people and goods from feudal social bonds, replacing them with the abstract bond of exchange value. This means that all modern — commodified — art is fundamentally abstract, regardless of whether it consists of squares and rectangles or represents cute kittens: “As uninteresting as obsolete postage stamps, and offering as little variation as these, literary or artistic productions are now signs of nothing but abstract commerce.” Formal abstraction thus would seem to offer no privileged insight into a society where abstraction is triumphant. In 1937, Meyer Schapiro argued that there are problems with theories that derive abstraction in art either from the forms of industry or from “the abstract nature of modern finance, in which bits of paper control capital and all human transactions assume the form of operations on numbers and titles,” since abstract art did not emerge in the most industrially advanced nations or in the main centres of finance — and moreover, many early abstract artists positioned their work squarely in opposition to what they perceived as the "materialism" of modern society.

"One way out of this quandary was offered by Adorno's sophisticated argument that formal abstraction is the result of a new “interdiction” of representation stemmed from the imperative for the work of art to absorb its “deadliest enemy, exchangeability”, resisting abstraction by representing it negatively. Abstract art is thus positioned as perhaps the modern art par excellence — its “windowless monads” showing the abstract nature of society by refusing to represent its glimmering surfaces, or even its dark underside, giving back a blank stare rather than attempting to adjust traditional representation to a post-traditional world. However, this negative theology of abstraction — of which Gerhard Richter's reading of the gestural abstraction of art informel as befitting a post-traditional world is another instance — has increasingly been challenged by practices that seek to give a more precise social and political meaning to abstract structures. This development occurs at a time when capitalism seems to abstract itself beyond recognition, entering a post-visual, “conceptual” phase in which even pseudo-concrete appearances are abandoned. In the 1970s, Baudrillard used the “binary” towers as signs for the transition from a regime of production to one of pure semiosis, of capital becoming coded information circling the globe — the ultimate abstraction. Can such abstraction still be made visible, however inadequately, now that Baudrillard's double icon is gone?"

The March issue of Artforum contains a short text on Werner Herzog, in particular his new film on Antarctica, Encounters at the End of the World (pp. 117-118). The text was and should be titled Encounters in End Time, but Artforum changed this to the cringeworthy Truth and Beauty.

"In one scene, the director tries to make a reputedly increasingly misanthropic and shy scientist relax by asking him probing questions about sexual deviancy among penguins. The bemused expert ventures that, while he knows of no gay sex, there is some evidence of threesomes and "prostitution." This all-too-human behavior leads Herzog to ask whether there are cases of mental derangement among these birds. Some penguins, it turns out, become insane and abandon their group; we see footage of one penguin who stays put as others go on their way, and who eventually waggles, alone, toward the bluish-white horizon-where, Herzog's voice tells us with a hint of barely suppressed 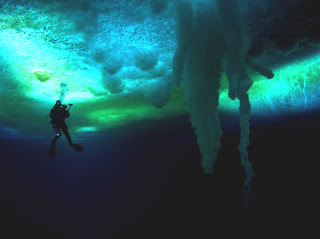 glee, "certain death" awaits. This brings to mind various other Herzog protagonists, those played by Klaus Kinski in particular, who subordinate everything to some overriding vision and therefore act in socially unproductive ways. If anything, such "deranged" outsiders allow us to see the insanity of business as usual more clearly. [...] But in a film that repeatedly gives voice to the concern of scientists over global warming, the larger implication is that humanity itself, like the deranged penguin, is marching toward certain death.

"Indeed, although Herzog is highly critical of Al Gore's pimped-out PowerPoint presentation, An Inconvenient Truth (2006), Encounters takes up many of the same motifs, albeit in a more imaginative way. In what may well be one of the staged scenes that Herzog includes in his documentaries in order to go beyond what he has, speaking of cinema verité, called "superficial truth, the truth of accountants," Encounters shows a marine biologist and his colleagues watching the trailer for the 1954 film Them! on a computer monitor. In Them! natural history is out of joint, as nuclear explosions beget a race of giant monster ants. All of Herzog's sci-fi films in fact have similarities to this film-they are disaster (if not monster) movies, showing landscapes full of industrial junk or otherwise ravaged. [...]

"Media coverage of global warming often implies that the process is so radical as to be all but unstoppable, and thus it often serves to breed passivity, even when accompanied by ostensibly actionist rhetoric. This is the effect of one scene in Encounters, in which a computer screen displays a time-lapse animation of icebergs moving northward, where they will inevitably melt. The film as a whole, however, opposes such intimations of inevitability with a rich and varied rhythm, a temporality that counters linear scenarios with spiraling movements between men and penguins, between the "cathedral" under the ice and the edge of an Antarctic volcano. By proposing time as something malleable, Herzog suggests that today's unnatural natural history is still open to intervention-that there are possibilities for action in and beyond entropic end-time."
http://www.artforum.com/

Image: Werner Herzog, Encounters at the End of the World (2007), production still.