How We Spent Our Christmas Vacations

Issue no. 22 of e-flux journal is now online (January/February 2011). Titled "Idiot Wind," this special issue was guest-edited by Paul Chan and and myself. It examines various right-wing populisms in Europe and in the US from the perspectives of contemporary artists, critics and theorists. It contains texts by, among others, Claire Bishop, Gregg Bordowitz, Renée Green, Tom Holert, Brian Holmes, Wendelien van Oldenborgh and Hito Steyerl, as well as images provided by a numerous contemporary artists. My own article in this issue, "A Heteronomous Hobby", is a report from the Netherlands.

From the introduction to this issue, written by Paul and myself: 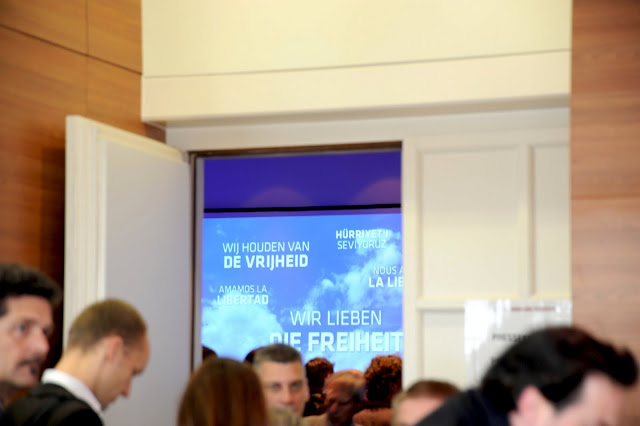 "Populism lays claim to channeling the vox populi; this is its strength against established political orders mired in compromise and careerism. Tea Party favorite Sarah Palin is famous for her public gaffes like “refudiate,” but they only increase her political capital as someone who is “of the people.” And yet, many populists hardly affect a folksy demeanor; the late Dutch populist Pim Fortuyn was a dandy who lived in a villa called “Palazzo di Pietro,” and Thilo Sarrazin in Germany is an establishment figure whose core constituency—as evinced by the audiences at his public appearances—consists of an angry and beleaguered bourgeoisie. However one dresses it, populism is class warfare from above—waged by upper and middle classes, along with a beleaguered white working class, against minorities, immigrants, the poor, and the unemployed. It is telling that populist rage focuses on political and cultural elites, while remaining suspiciously silent on economic and financial elites. In a stagnant economy, the redistribution of wealth from bottom to top comes to function as an alternative to the logic of expansion. Promising to safeguard pensions and tax deductions while bashing welfare and various threats to the nation, populists deflect attention from—or actively collude with—this ongoing redistribution of wealth.

"In addition to class warfare, most populisms are based on a return to national and ideological origins, leading to characteristic uses and abuses of culture, and of art in particular. If the recent battle around the removal of David Wojnarowicz’s video from an exhibition in Washington, DC is any indication, art’s main role is that of a convenient target for reactionaries looking to energize their political base. Art is defined as alien to “authentic” culture, since it does not explicitly express and affirm the values that embody the country. In some European countries, art is seen as a heavily subsidized field that steals tax Euros away from “the hard-working citizen,” similar to unemployment benefits and other “left-wing hobbies.” On the other hand, art is implicated in a global speculative economy in which it is one more investment option, and in this respect, it is again vulnerable, coming to function as the concrete manifestation of abstract financial forces that weaken national economic sovereignty; an uncommon luxury lacking in both culture and rootedness."