Issue no. 45 (May/June 2007) of New Left Review is a special issue on “Globalization and Biopolitics”, guest-edited by Malcolm Bull. It contains my essay “Unnatural History”, which is part of my book project "History in Motion". It analyses current anxieties about climate change and genetic engineering—moving from Al Gore and Jared Diamond to Robert Smithson and Mark Dion via Hegel, Adorno, King Kong and J.G. Ballard. An extract: 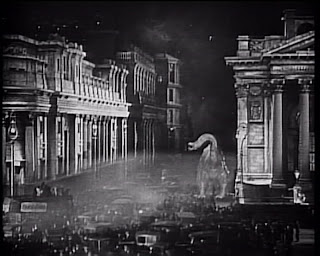 “To some extent, current discourse follows Adorno’s deconstruction of the identification of nature with dumb, mythical being: mythical nature is itself already historical. But whereas Adorno also argued that human history results in another nature, in a return of myth, current conceptualizations of the new unnatural natural history often avoid probing the dynamic deadlock of contemporary cultural production in the process of absorbing the shockwaves of new nature—a process that sabotages possibilities for radical change even while signaling imminent collapse. The musings of liberal authors such as Jared Diamond are typical in this respect: comparing ‘ecocides’ in various historical and contemporary societies, Diamond tries to draw lessons that can be applied to the approaching global ecological disaster, but his comparative approach and focus on social, biological and psychological invariants robs the current situation of much of its specificity, and in the end we are only left with consoling ‘examples of courageous leaders and courageous people’ who did the right thing. For today’s liberals, the collapse of the existing order can only be imagined in biological and ecological terms; any social and political changes can only be minor adjustments. Even an author as concerned and informed as Diamond is unable to think beyond this limit.

"In public discourse, ‘the free market’ or ‘liberal democracy’ appear as a second nature whose collapse would be more dramatic than that of the physical environment; the latter may yet allow for some form of ‘business as usual’—especially for the financial and (therefore) genetic upper class. Contemporary culture is often branded ahistorical, as being marked by repetitious vogues and industrial nostalgia; this state would appear to be shattered now that history reasserts itself as natural history in a period of revolutionary turmoil. But even if the consensus now is that current global warming cannot be explained in terms of normal fluctuations in the earth’s temperature, the human and therefore social and political component of this development is minimized; man-made nature is naturalized, the new (un)natural history presented as fate. The truly terrifying notion is not that it is irreversible, but that it actually might be reversible—at the cost of radically changing the economical and social order.”