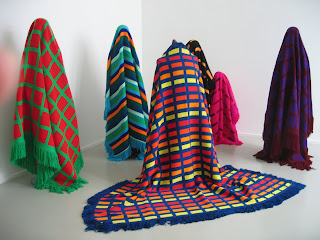 discussed through the example of the Netherlands, which stands here as neither a particular nor universal case for discussing the so-called western condition. It asks how art and artists can react to these issues and what possibilities they can create to see things differently. The reader is co-edited by philosopher Rosi Braidotti, curator and writer Charles Esche and Maria Hlavajova." My contribution, “Art and the New Image Wars” (pp. 159-173), investigates the renewed religious contestation of images, of the spectacle. Modern art and theory secularized and thus radically transformed the monotheistic rejection of idolatry; monotheistic “idolatry critique” was pried from its dogmatic context, used reflexively and frequently turned against monotheism itself. How do (or can) art and theory react to the increasing resacralization of the critique of images, which marks contemporary culture? The article discusses works by a number of artists, including De Rijke/De Rooij, Fransje Killaars, Krijn de Koning and Gert Jan Kocken and Lidwien van de Ven.

A slightly different version of this text, which is part of a more extensive project that will result in a book, was published under the title “Idolatry and Its Discontents” in New Left Review no. 44 (March-April 2007), pp. 107-119: http://www.newleftreview.org/?page=article&view=2662. Someone has put the entire text online here: http://www.forliberation.org/site/archive/issue0507/article040507.htm