E-flux journal is publishing my essay Art and Thingness as a three-part serial. The first part, titled "Breton's Ball and Duchamp's Carrot," is online now, as part of the February issue. Because the March issue is a special thematic edition, part 2 will appear in April. These are the opening paragraphs of part 1:

"In modern art, the increasing resemblance of art objects to everyday objects raised the threat of eroding of any real difference between works of art and other things. Barnett Newman railed against both Duchamp’s readymades and 'Bauhaus screwdriver designers' who were elevated to the ranks of artists by the Museum of Modern Art’s doctrine of 'Good Design.' The danger for art was the same in both cases: the dissolving of the dividing line between works of art and everyday objects. Just as ancient art proper should never be confused with the craft of 'women basket weavers,' modern art should never be confused with a screwdriver or urinal. In the 1960s, Clement Greenberg would also worry that a blank sheet of paper or a table would become readable as art, that the boundary between artworks and 'arbitrary objects' was 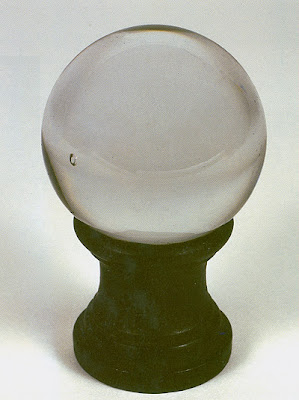 eroding. While not evincing any Modernist anxieties about readymades, Paul Chan’s recent assertion that “a work of art is both more and less than a thing” shows renewed concerns regarding such an assimilation—in a context marked, until quite recently, by an unprecedented market boom in which works of art seemed to be situated in a continuum of luxury goods spanning from Prada bags to luxury yachts.

'Things' are no longer passively waiting for a concept, theory, or sovereign subject to arrange them in ordered ranks of objecthood. 'The Thing' rears its head—a rough beast or sci-fi monster, a repressed returnee, an obdurate materiality, a stumbling block, and an object lesson.

"Rather than building a wall between art and thingness, the work of art should be analyzed as just such a sci-fi monster. If objects are named and categorized, part of a system of objects, thingness is resistant to such ordered objecthood. If we grant that a work of art is both more and less than other types of things, this should not be regarded as an incentive to exacerbate and fetishize those differences, but rather as a point of departure for analyzing the complex interrelationships of artworks with these other things—and for examining certain works of art as problematizing and transforming this very relationship."