Texte zur Kunst no. 74 (June 2009) is largely dedicated to theses on contemporary art by a variety of authors. It also contains my review of the recent exhibition by Mathias Poledna and Christopher Williams at the Bonner Kunstverein (English pp. 121-123, German 162-166). The show, which consisted only of a number of mobile wall elements from various art institutions, was accompanied by an invitation/folder showing a photograph of three parrots peeping from a hole in a tree. Here's an extract from the review:

"The exhibition at the Kunstverein is a study in abstraction; after all, the walls are image vehicles in the service of an economy in which mobility—of walls and exhibition spaces, of artworks, of visitors—is paramount. At the same time, they make abstraction tangible with their disarmingly concrete, damaged surfaces and visible seams. It appears that, at a moment when the market-driven art frenzy of recent years is abating and art magazines lose weight in record time, Poledna and Williams have created a semi-furnished tabula rasa that once more focuses attention on the contradictory conditions of contemporary art. Recent discourse has a penchant for elevating specific tendencies or individual artists to paradig 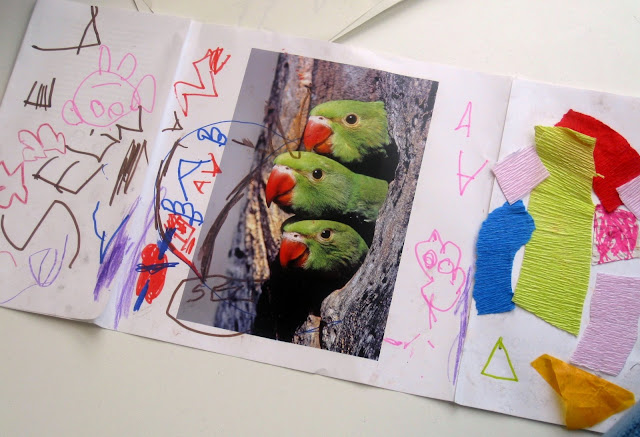 matic status, thus sweeping the fundamental antinomies of artistic practices—of competing artistic practices—under the table. The absence of Poledna’s and Williams’s “actual” work in Bonn could also be seen as an invitation to think and act beyond the present deadlock.

"With its primary appeal, the parrot photograph seems designed to be the opposite of the exhibition: a colorful, highly saturated image, which is tied to the aniconic installation only by the use of the same 1970s typography. Used on the printed leaflet as well as in an e-flux announcement, it is as site-specific to such PR materials as the mobile walls are to the exhibition space; it is a PR image designed to attract attention. If one were so inclined, one could relate it to Poledna’s recent film Crystal Palace, shot on New Guinea, to Broodthaers’s parrots, or even to those on a Macke-designed pillow at the August Macke Haus down the street from the Kunstverein. If this play of references may seem disjointed and whimsical, perhaps this is precisely a quality of this invitation. In contrast to the way in which “official” texts ram the referential layers of a film such as Poledna’s Crystal Palace down the viewers’ throats, in the process infantilizing them more than any Hollywood product could hope to achieve, the parrot photograph is open to highly diverse readings and appropriations—as witnessed by drawings and collages made on its basis by children in the context of the Kunstverein’s educational program, KunstStück. In this way, this instrumentalized image functions as an anachronistic reminder of the aesthetic promesse de bonheur under the institutionalized conditions of contemporary artistic practice.

"The exhibition proper ultimately functions in a similar way; its mobile white walls delineate a void in which something or everything may be contained as possibility, in a state of potentiality. Such a move always runs the risk of remaining an empty gesture, an abstract potentiality that is all too content with its lack of realization, yet at this particular moment this intervention feels right. After all, this is a moment of indeterminacy, in which an old order crumbling and the contours of a new one are not readily apparent. The Bonn installation suggests that something further could and should follow this demontage—but not quite yet."