Grey Room no. 32: From One Spectacle to Another

Issue no. 32 of Grey Room (Summer 2008) contains my essay From One Spectacle to Another (pp. 63-87). The text, which examines the afterlife of the Christian theoretization and condemnation of idolatrous Roman spectacles in modern culture and Situationist theory, is based on chapter two of my forthcoming book Idols of the Market.


"Although Egypt and Babylon were the idolatrous societies par excellence of the Old Testament, for the early Christians the Roman Empire was the paradigmatic idolatrous society. Tertullian, the most puritanical of the important early Christian authors, went furthest in denouncing idolatry as an all-encompassing system. In his De Spectaculis, he argued that something as seemingly “secular” as the Roman games was in fact suffused with idolatria; the games were dedicated to the false gods and thus part of the heathen cults. In part because of Tertullian and his central place in the Christian tradition, the term spectacle—referring to all kinds of theatrical entertainments—was always ready to take on negative connotations and be used as a weapon. Protestant communities in particular inherited Tertullian’s attitude, and in the eighteenth century the Protestant critic 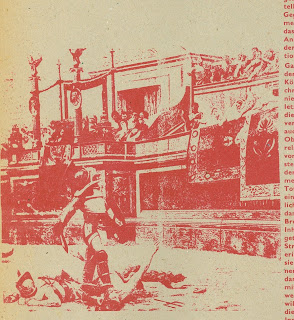 ism of spectacles was secularized by Rousseau. In his Letter to d’Alembert (1758), Rousseau objected to the latter’s suggestion that Calvinist Geneva might be ameliorated by building a theater and allowing actors to perform. Even while citing Calvin and referring to “notre religion,” Rousseau attempts to justify banning spectacles on secular grounds: an important argument is that the theater is antisocial and stimulates the citizen to withdraw into a world of make-believe in which family, neighbors, and duties are forgotten. "

"Rousseau’s complaints conjure up the famous image from English-language editions of The Society of the Spectaclean audience of passive zombies donned with 3-D goggles, and Martin Jay detected in Debord’s stance “a touch of the stern Rousseauist injunction to force people to be free by compelling them to shut their eyes to illusion, whether they wanted to or not.” While such a remark neglects that in Debord’s work Enlightenment moralizing has been replaced by an analysis of the political economy, just as les spectacles have given way to le spectacle, anachronisms are an integral part of the spectacle and of its critique. Neo-Roman posturing is met with contestations that derive some of their strength far from contemporaneous sources. “Disguises” in cultural production should be taken as seriously as survivals and returns in theory—without neglecting crucial differences and transformations. Now that both religious fundamentalists and "Enlightenment fundamentalists” proclaim a Manichaean opposition between faith and secular reason, the attempts by some to break through this deadlock by “re-sacralizing” the critique of the current imperial spectacle are of great significance."

A small erratum: In the article, Ellen Meiksins Wood's name was misspelt "Meiskins Wood," which will of course be corrected in the upcoming book version, like so many other glitches!