BAK, basis voor actuele kunst in Utrecht just published On Knowledge Production: A Critical Reader in Contemporary Art (edited by Binna Choi, Maria Hlavajova and Jill Winder). This reader contains both newly commissioned and anthologized writings in art as a site for the production of knowledge. Included is my essay Unknown Knowns: On Symptoms in Contemporary Art, (pp. 84-107), which is a sequel of sorts to my earlier essay Theory and the Sphinx, and which discusses works by artists including Martha Rosler, Jeff Wall, Andrea Fraser, and Omer Fast. From the introduction: 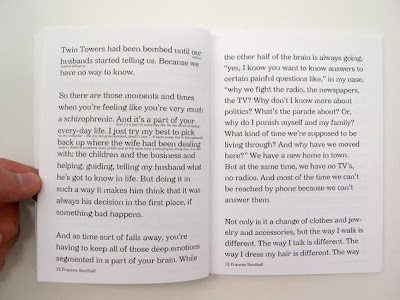 n themselves be seen as symptomatic of the social constraints to which autonomous art is subjected, the work of some artists actively engages with the symptom as an alternative to the empire of signs created by academic disciplines—as pointing both backwards and forwards in time, beyond the current order of things.

"By definition, symptoms are unintentional and uncontrollable, unproductive and even counterproductive—the result of repressed drives seeking an outlet. Recent practices that stage physical or linguistic symptoms can be seen as undermining the sham logocentrism of contemporary discourse even while taking advantage of the symbolic status of theory and research. Such approaches need to be distinguished from historical modern art, especially Expressionism and Surrealism: if these movements simulated symptoms, it was because they valued symptomatic scribbles and movements as authentic and autonomous expressions, and sought to liberate the symptom from a clinical or analytical context. By contrast, today’s artists are not so much interested in using the symptom as a model for a quasi-symptomatic, expressive, and convulsive art, but rather a reflexive symptomatology that produces dubious knowledge about knowledge’s other.

"Building on a famously rambling epistemological statement by Donald Rumsfeld, in which the then US Secretary of Defense mused about the “known knowns,” “known unknowns,” and “unknown unknowns” in the war on terror, one could say that such practices articulate the “unknown knowns” of society—its ideological unconscious, its repressed knowledge. Such active symptomatology is in contradistinction to the theoretical tendency to read art’s formal characteristics as symptoms of the conditions and contradictions of artistic production, revealing more about society than the artist may have realized. Symptomatological approaches in recent art depend on an actively critical role for the artist; however, it is important to remember that critical intentions have their own unconscious, their own unknown knowns."