The Dutch secretary of state for culture, Halbe Zijlstra, has published his policy plan for coming years. In contrast to the official recommendations given to him by the Raad voor Cultuur (an advisory body), the cutbacks will not be spread out over a number of years, but will take immediate effect in 2013. The budget for visual art will shrink from 53,3 to 31 million. If Dutch politics is marked by a tension between populist rhetoric and neoliberal dreams of market-driven excellence, this paper is dominated squarely by the latter, though it takes the form of a kind of scorched earth politics that will find the approval of Zijlstra’s de facto coalition partner, Geert Wilders’ PVV. 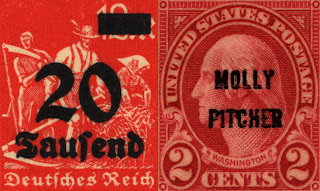 Among the more damaging and destructive decisions is the complete cutting of funding for the following (which in most cases will mean their disappearance):

-The so-called post-academic art schools; these include the De Ateliers, the Rijksakademie and the Jan van Eyck Academie. These institutions have been instrumental in fostering international exchange among young artists and a less anti-intellectual, more discursive culture in the Dutch art world. They offer a number of young artists (and, in the case of the Jan van Eyck, theorists) a stimulating context for residencies during which they can continue to develop their practice. Their disappearance would leave a gaping hole.

-The NIMK (formerly Montevideo), an institution for video and media art. It seems that museums should simply take over the collection. Media art as a field with specific requirements is history—a history that will of course not be written, for the happy people of Polderland under VVD, CDA and PVV have no need for history. A national canon is more than enough.

-All but six “presentation institutions” (as local jargon has it). To be precise, six of these institutions will be allowed into the “Basisinfrastructuur” and get structural funding. Others will be left to fend for themselves (for specific projects, they may be able to get incidental funding from a diminished Mondriaan Fonds—the merged Mondriaan Stichting and Fonds BKVB). On the Metropolis M website, Dominiek Ruyters speculates that these six institutions will be Witte de With, de Appel, BAK, Marres, Noorderlicht, De Vleeshal. Some of these names would seem to be on the list mainly because of a holy cow called “cultuurspreiding” (spread of culture). This cow is worshiped with particular zeal by Zijlstra’s Christian democratic collation partners of the CDA. In short: art for the provinces, where the CDA’s remaining voters reside. Hence (supposedly) Noorderlicht in Groningen, De Vleeshal in Middelburg and Marres in Maastricht. That the first two in particular are far less relevant than a number of institutions based in the main cities is irrelevant. It has also been decided that each of the main cities can only have one institution in the Basisinfrastructuur, so if De Appel is in this means automatically that no other Amsterdam-based institution can be, for that reason alone. What was that thing about excellence again? 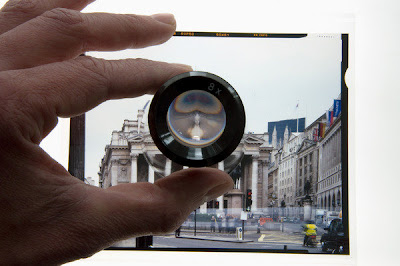 -SKOR, the Dutch foundation for public art and its journal Open. The Sekula and Burch film the Forgotten Space, which I review in the new Texte zur Kunst, would not exist without SKOR. While I have been extremely critical of the Dutch tradition of "public art" in which art is often supposed to stand in for the social, in recent years SKOR has started to develop in an interesting way. It is now called "Foundation for Art and Public Domain," indicating the transition from a narrow understanding of “public art” to a more fundamental engagement with the notion of publicness in different fields, virtual as well as physical. Open, published by SKOR, spearheaded this transition under Jorinde Seijdel’s editorship, and it has been a rare local publication (published in a Dutch and an English edition) that can articulate important issues and shape debates in a way that goes beyond the horizon of neo-provincialism.

The Dutch art world is marked by a plethora of frequently complacent institutions and an arcane array of subsidy channels, so some downsizing need not be disastrous. However, almost halving the budget is patently disproportionate and wantonly destructive. What's more, in many ways this plan is an unholy alliance of ideological dogmatism and cowardly compromises. Excellence and the market, yes, but let’s not forget about the people in the province of Zeeland. Let’s glorify international success as the ultimate proof of excellence while abolishing the Rijksakademie and the Jan Van Eyck and turn Holland into a stagnant backwater. Let’s claim to be confident that “the market” can fix things on short notice and stand by the dogma that noble private patrons are just itching to support the arts while showing our contempt for these arts with every gesture and every utterance, suggesting that potential patrons would really be better off buying a yacht.

There is an odd proposal in Zijlstra’s plan to offer support for fifty “top talents,” again using the language of excellence; but if these are the top talents, shouldn’t they of all people be able to fend for themselves, according to Zijlstra’s logic? And where will these talents be allowed to develop if not at the Jan van Eyck, De Ateliers or the Rijksakademie, which will be eligible for these 50 places but devoid of much-needed structural funding? Far from stemming purely from the need for financial cutbacks, these are punitive and vindictive measures that appear to be designed to destroy all that stands in the way the reduction of art to mind-numbing blockbuster events and glossy decoration. Nothing could be more political and ideological than this brand of economism.

Meanwhile, the situation at the universities is hardly less grim. Suddenly notions such as "the knowledge economy" and "creative industries," which have been crucial shibboleths of the Dutch version of social-democratically inflected neo-liberal politicy-making, don’t seem to be worth a penny. Or rather, they show their true face: they always were at the service of imposing a relentlessly economistic logic on education and art, resulting in a re-establishment of strong class divisions. Either you can afford education and art or art education, or you can’t. Bright young art and humanities students today face becoming a lost generation. That’s the culture of excellence for you: social engineering under the guise of letting “the market” take its "natural" course.

Domeniek Ruyters's Metropolis M article, with some interesting responses, is here (in Dutch). A joint public response to Zijlstra's plans by various institutions and organizations is here (again in Dutch).

An online petition is at  http://petities.nl/petitie/bezuinigen-op-cultuur-zonder-alle-feiten-nooit